State-owned companies, such as Fortum and Neste, must cut their ties with Russian fossil fuels immediately. However, cutting Finland's ties with Putin's fossil energy must not be done by burning more peat and logging more forests, or by purchasing fossil fuels from other authoritarian and violent regimes. Instead, the overconsumption of energy must end.

Our demonstration on Tuesday 10.5. targeted the actions of the major criminals of the fossil fuel industry. Our question was and is: Do the executives of Fortum and Neste care about the fact that their profits are made by funding war and genocide?

Russia's aggression in Ukraine has revealed how dependent Europe is on Russian coal, oil and gas. Since the beginning of the war, Russia's war machine has been supported by 62 billion euros paid by the EU for Russian fossil fuels. The total value of fossil fuel shipments to Finland alone is 370 million euros, while state-owned Fortum's affiliate Uniper is one of the biggest buyers of Russian gas in the world. (1) In the light of this information, the stopping of the Russian coal train in Hanko in April by Extinction Rebellion Finland and Greenpeace was an important intervention for climate and peace. (2)

Fortum is the foremost Finnish company still trading in Russia​​​​​​​. In his statement on Fortum's operations in Russia, the company's CEO talked about how clean the energy, such as natural gas, produced by the group was.​​​​​​​ However, Mr. Rauramo's statements are misleading: the natural gas trade of Fortum and its affiliate Uniper is far from clean. Fortum's 12 power plants in Russia and the company's natural gas deals in Azerbaijan speak for themselves. We must make it clear to all that Fortum is a company whose management turns a profit from geopolitical conflicts while accelerating the climate crisis and the destruction of the living conditions of billions of people. (3) Fortum must be put under pressure to give up Russian fossil energy, as every cent spent on Russian fossil fuels funds the war in Ukraine.

Neste (formerly Neste Oil) has dropped the "oil" from the company's name, but certainly not from its business operations. In 2021, the biggest segment in the company's turnover was oil products with 7,810 million euros. (4) Yet Neste's website is full of beautiful words on responsibility, sustainability and human rights. The same year, Neste CEO Peter Vanacker earned 2,046,357.26 euros by accelerating the climate crisis and funding geopolitical conflicts. Does the Neste top management care about human rights and sustainability, or are these just beautiful words that are used to improve the company's public image and boost sales? Neste still has more than three times the capacity for fossil oil products compared to renewable fuels. Our question is: How can a company whose main business consists of refining fossil fuels keep marketing its operations as "sustainable"?

Neste has announced that it will replace Russian oil with crude oil from other sources by July. As one of the alternatives, Neste mentions Norwegian Brent crude oil. The company, however, remains silent about the fact that that the spot market, from which also Neste buys its oil products, also trades crude oil from producers such as Saudi Arabia, the United Arab Emirates and the United States – regimes that fund military operations in Jemen through cash flow from sources including fossil fuel trade. (5) For Neste, purchasing crude oil from the global market is merely circumventing the conflict that currently draws the most attention. Continuing the use of fossil fuels from any source means financing of war, violence and environmental destruction.

We must reduce our consumption of energy

Consumption of energy is not distributed equally between everyone. The industry is responsible for almost 50% of Finland's energy consumption, while on the individual level those with money, resources and the highest standard of living consume the most (8, 9). These differences must be taken into account in the transition from a culture of overconsumption towards a society that emphasises fairness and respects human rights.

Supporting the fossil fuel industry and our overconsuming lifestyle are at the end of the road. Our question to the directors of the companies – and everyone who hears us – is the following: Is it worth it maintaining a culture of overconsumption based on the fossil fuel industry if it comes with the price tag of directly funding authoritarian regimes that tread on human rights around the world? Does the Government of Finland care that its state-owned companies accelerate the climate crisis and help maintain a world order based on repression? 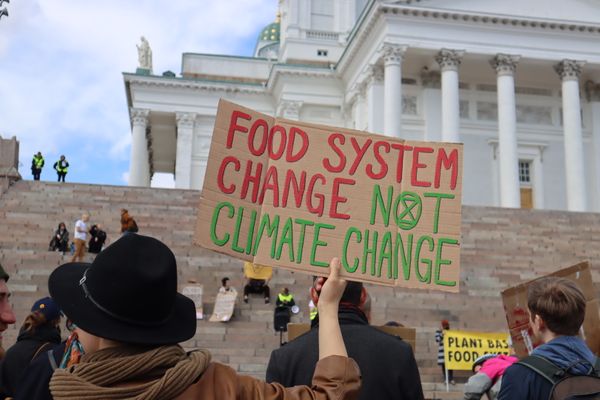 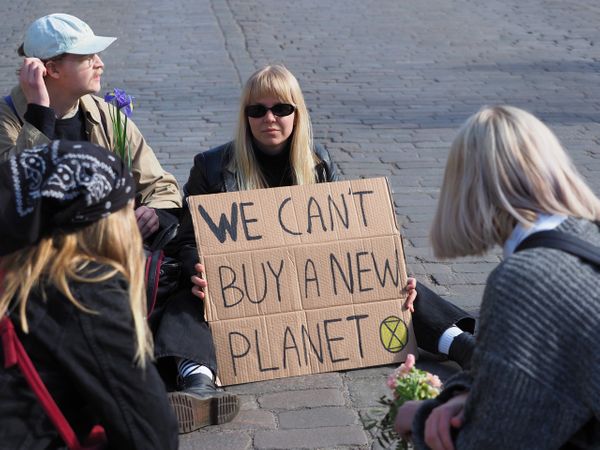